When there is smoke

Home » When there is smoke 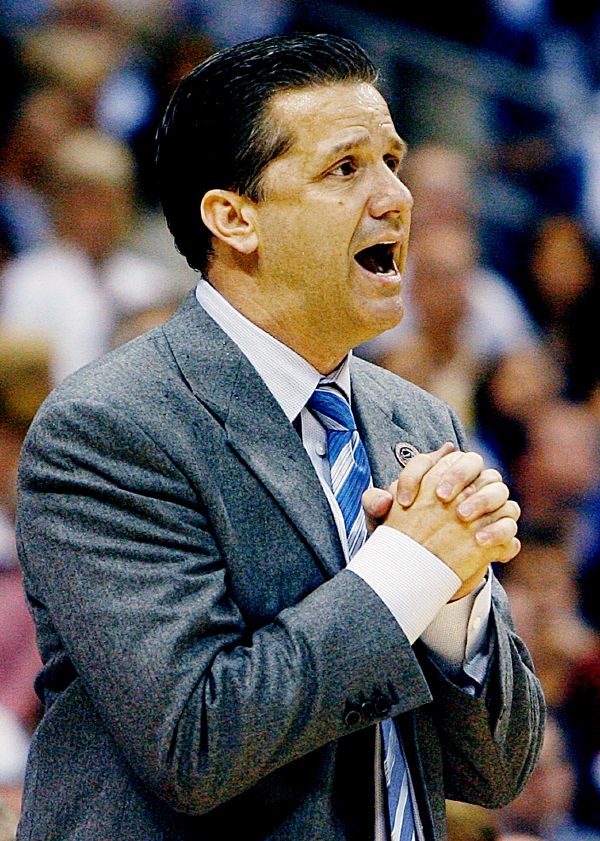 It has been a disastrous week for powerhouse basketball schools throughout the NCAA. Kansas was the first to fall with details emerging about a ticket scalping scam orchestrated by a pair of brokers.

Connecticut came next, once the Nate Miles saga came to a predictable end.

Now the one that everyone has been waiting for, Coach Cal, and his University of Kentucky Wildcats are under investigation for the recruiting practices surrounding star freshman guard Eric Bledsoe. Word is that Bledsoe received improper benefits by having his high school apartment paid for by Kentucky, in an attempt to render him geographically eligible to play for powerhouse Alabama high school, and eventual 5A champions, Parker High School. Bledsoe’s high school head coach also supposedly demanded large sums of cash as part of his recruitment.

Bledsoe was the sidekick to all-everything star John Wall, and part of Calipari’s inaugural recruitment haul, with DeMarcus Cousins and Daniel Orton the other 5-stars that spent their freshman season in Lexington. They all declared for the draft, along with junior forward Patrick Patterson, in what seemed like a collective decision to move on with their careers. But this might not be the case. They might be getting out of town with their reputation intact.

During the recruitment of John Wall, word was that he was initially headed to Baylor, as they hired his AAU coach as an assistant, seemingly paving the way for Wall to follow suit. But something happened, and Cal convinced Wall to join his squad. Is there more to his recruitment as well? What about Cousins? He was a controversial high-school basketball player, as he attended several high schools and frequently found himself in compromising situations.

Then there is this year’s incoming class. Terrence Jones, the 5-star athletic forward from Washington, initially committed to play for his home state Huskies. But guess what happened next, he had a sudden change of heart. Well word is actually that he spoke directly to Calipari after making his announcement at his high school. He subsequently reopened his recruitment, with Washington and Kentucky as the front-runners. Predictably, Jones re-negged on Washington and will be part of Calipari newest class of stuff freshman.

Brandon Knight, Doron Lamb, Terrence Jones, Enes Kanter and Eloy Vargas are the new kings on campus in Lexington. None of them arrive without questions.

Another interesting one is Kanter, the towering center from Turkey, who played his senior year stateside at Stoneridge Prep in California. He supposedly had offers to play pro ball in his home country, with contracts in the millions with local club Fenerbahce, being left on the table in favor of playing for Calipari. What were Coach Cal and the boys at Kentucky able to offer a kid from the other side of the world to pass up on making millions of dollars in favor of spending a year on campus in the southern US.

One must give Calipari some credit though, as he definitely has foresight. Not only does he have the top two recruits for next year’s class signed as well, in Mike Gilchrist and Marquis Teague, he just might be guiding the next great set of towering brothers into his system in years to come.

The story about the brothers from India, Sanveer and Sim Bhullar, one 7’2, and other 7’4, made its way through mainstream media this week, and there was a quick line about their head coach having worked under Calipari for several years. Where will these kids end up? Calipari will make them into stars, like he is doing with Kanter, and then rush them off to the Association as quickly as possible. But where will Calipari even coach when these boys are college ready? He might be in Chicago, or at Kansas by then or maybe North Carolina. Or somewhere even more fitting, like USC.

Considering his record with Marcus Camby at UMass and Derrick Rose at Memphis, it was a matter of time Calipari got his hands dirty in Lexington. Kentucky will deny the initial accusations. Then an investigation will take place and they will deal with in internally. Where there is smoke, there is fire, and John Calipari brings the fire with him wherever he goes.