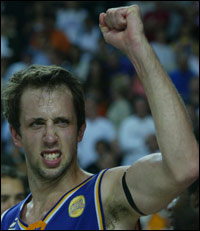 Whilst the headline to this article may be somewhat premature, the hype certainly suggests that we will see a National Basketball League in Sydney next season and that the likely name of that team will be the Sydney Kings. Announcements by the NBL have been somewhat delayed, as they’ve pushed back the date for final submissions by parties interested in entering teams in the 2010/11 Australian NBL competition.

Those delays have reportedly come from a combination of three teams looking to make bids for next season and needing more time to finalise their proposals — being the Sydney consortium, an entry from Brisbane looking to revive the Bullets and the renewal of the Cairns Taipans licence. Word is that the Brisbane bid has come up short, whilst the Taipans are unlikely to have the legs due to financial reasons. Cairns’ team has been run through a community-based model, relying on devoted fans and the surity provided by a $1 million bank guarantee by the Cairns Regional Council. Team president Denis Donaghy has reportedly been working feverishly to keep the team afloat, but things don’t sound good at this stage.

A report was aired on Ten’s Sports Tonight, proclaiming the return of the Kings. Watch the video before reading on:

According to one particular poster on Ozhoops Boards, that report is not accurate and Lazaris (mentioned in that Ten report) is indeed NOT the leader of the Sydney bid. The poster, curious, well known on the boards as a Kings devotee, adds that Lazaris was involved with seeking out potential new owners for the Kings licence and points out that his reponses to questions were taken out of context. He also points out that quotes by Larry Sengstock in the report could clearly have been taken out of context too. If you re-watch the video, there is no doubt that this could be the case — at no point does any of the interviewees emphatically state that the Kings are re-entering the competition under their control.

That said, often where there is smoke, there is fire. The basis of the report must have come from somewhere. And Ten’s ST is not the first media body to put forth the idea that the new Sydney team’s licence is all but over the line. Take for example this from Boti Nagy recently:

“No, the Taipans’ demise will not mean a seven-team league.

Word just in is that the Sydney Kings will make their triumphant return and do not be surprised if popular Chinese consultant Brian – Blian? – Goorjian is back running that program.”

The NBL, in a rare moment of public relations wisdom, then released this Q&A with Sengstock, clarifying a range of issues with the future of the league and in particular with regard to the Kings.

Q: Sports Tonight carried the news last night that the Sydney Kings would be back next year. Can you confirm they will be back in the competition?

Larry Sengstock: It’s a little premature to say that they will definitively be back, as there are still some hurdles to clear, but what I can confirm is that we have been in serious negotiations for some time with a group to bring back an NBL team to Sydney. That group does hold the intellectual property rights to the Kings brand name and they have been very positive in all our discussions thus far. Is it a done deal that they will be back? No. Am I feeling confident they will be back next season? I am confident but we still have some work to do.

Q: What are the hurdles that need to be cleared?

Sengstock: We’re currently finalising the license agreement for teams who want to participate next season to sign, but there have been some delays in that process that have seen slippage in our original timeline. We’ve had the majority of our clubs ask for some last minute amendments to clauses within that agreement and there has been a negotiation process that we are still going through to make the necessary adjustments. Until the license agreement is finalised and signed by the groups that have expressed interest in being part of the 2010/11 season, we can’t make the decision on which teams are in for next season. Until we know that, we also can’t finalise broadcast negotiations, so there is a knock-on effect.

So clearly the Kings are not a done deal. However, there is a Sydney entry with the support of the league which is in the final stages of a submission and that organisation has the rights to the ‘Sydney Kings’ name. Put that all together and it certainly sounds like the NBL will be doing their best to ensure a Sydney Kings team is present in the 2010/11 NBL.

As a long-time fan of the entity formerly known as the Sydney Kings, I am really hoping that the hype comes to fruition this time around. The concept that basketball in Australia needs the Sydney Kings might be an unproven one, but there is a lot to be said for having a team in Sydney for the purposes of national coverage. FOX pay television coverage is said to hinge on the Kings being part of the league, as they see the nation’s biggest city as an integral component in the minds of sponsors.

With all of that in mind, as we await further confirmation of the situation, now is as good a time as any to use this excuse to post a series of old Sydney Kings-related videos and images. Enjoy. 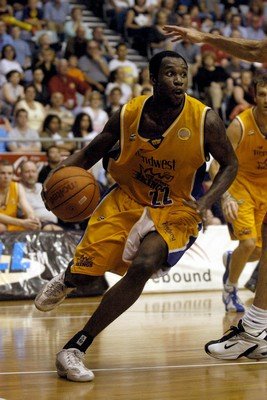