Tea, biscuits and college ball, anyone?

Editor’s Note:Rachel Weerasooriya is an Australian basketball fan with some serious opinions on the game, both in Australia’s NBL and on the current situation afflicting the NBA. Here she voices her opinions on the NBA labour struggle which has gridlocked the game that is loved by so many. 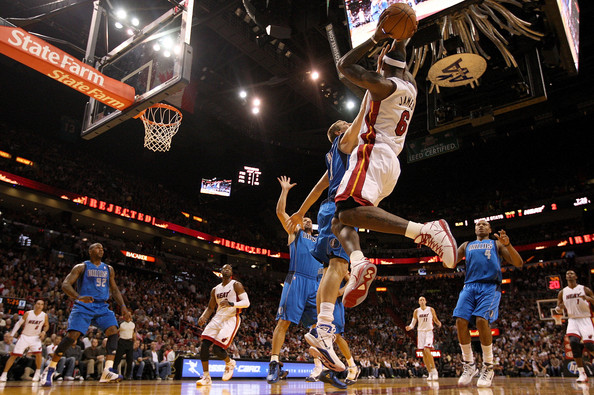 Put your hand up if the Mavs vs Heat game on June 12 was the last time you thought you’d watch an NBA game for a while? It almost seems like a distant memory now. The ups and downs of the lockout have been well covered, however some of the reasons behind it (due to the media ban in discussing said topics) aren’t all that obvious to the naked eye.

The overwhelming majority of fans on the NBA Facebook page and those commenting on media articles and the like, tend to centre around comments such as these:

“It’s just millionaires vs billionaires. The owners are greedy.”
“I’m boycotting the NBA when it comes back. Greedy players.”

It turns out that in June in particular, when the NBAPA and NBA started discussing topics (that would be later covered in much more significant detail) there were already a few massive red flags that would likely result in a lockout. Some knew that the last Finals game would be the last for a little while, and that the following season would either be shortened as a result, or not go ahead at all. The truth, as always, requires a lot more digging and cross-referencing than what is seen on the surface. It’s funny just how many subjects fall into that category, so allow me to drop some facts on your head. They tend to come in handy when engaging in a healthy debate.

One of the topics the players and owners have not been in agreement on is the BRI. Well, what is it? A shortened form of a guy called Brian? Not quite.

The BRI (Basketball Related Income) is essentially a split between the owners and players of who takes home how much revenue in the form of ticket sales, parking, broadcast rights, concessions, etc. The current split is 57- 43% in favour of the players. Yes, you heard that right. More on that later.

The BRI split, which was always going to be the Pandora’s box of negotiations to cover, and was left until last, is a tricky one. The owners say the BRI is based on gross revenue and that there are areas of the business where they have to spend money (that the players don’t) in order to make money; eg. promoting ticket sales. The owners are collectively reported to have lost $370 million last year — a far cry from the skewed pro-player articles being written which say they made a profit of $3 billion.

There are quite a few zeros difference between the two, and in two completely different directions.

The amount of fans in the States who have commented that they can’t afford to attend games as much as they once did with all the financial instability, also makes the perception of a billion dollar profit times three, a bit far-fetched.

This subject, and the ambitious anticipated success of it being in agreement by both sides, is the straw that broke the camel’s back on Monday.

Isn’t it pretty much only banks who charge fees even just to make eye contact, who are making tonnes of cash post-recession? In any other business on the planet, if you were losing $370 million in a year, you’d start downsizing and laying off staff. Pronto. Like Starbucks and several others. Ironic that, because in the real world, that’s exactly what’s been happening for the past couple of years and has affected the amount of people that can then spend frivolous entertainment money on things like basketball. Wow. I just had an epiphany and we just came back full circle.

(Actually, I lie – I knew this already. I just wish the players did.)

Prior to that, a hard salary cap was also a bone of contention. Owners wanted a protection buffer against smaller markets not being able to compete with the ridiculous salaries offered by the Lakers / Knicks / Bulls etc of the world. How are they meant to stay in the competition if they’re a smaller market, not part of the Hollywood-esque / NY-socialite hype, yet still have fans’ expectations of a fully functioning team to satisfy? But the players were dead against this too. Their argument? It’s not our fault if you overpay a guy. Wow. The hypocrisy is mind-blowing. Give us more money, but if it doesn’t work out for you, then ‘too bad, so sad.’ I still expect to have a job and a very expensive one at that, though. Hmmm…. Eek. Meanwhile, the owners continue to lose $1 million for every game that isn’t played. 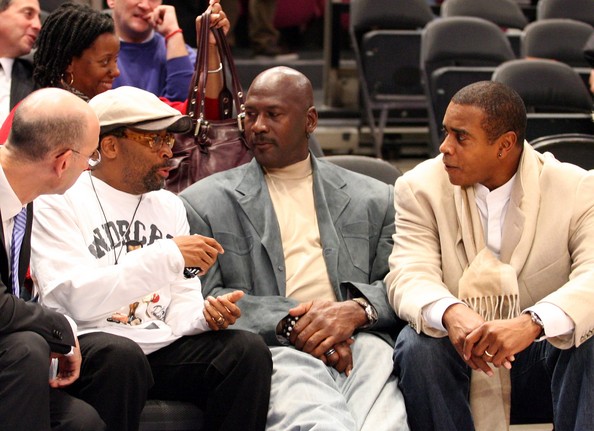 Basketball God Michael Jordan once said as a player, that if you can’t afford your team you should sell it. Yes MJ, I will bow down to your on-court prowess, but sellers also require buyers for there to be a transaction, and at the right price. This is the same guy who as an owner this time, recently said “the system is broken.” Paying you $63 million in just your last two seasons alone with the Bulls will tend to break the system. Just a tad. It’s funny how so many people have to wait until they are in a situation that could have been completely preventable, before they can see the obvious. Either that or it will feed, clothe and sanitise a small African nation for a few years. Which one do you think is money better spent?

Bad overpriced deals set precedents and cause unrealistic player inflation. It’s not disputed that MJ was king of the court, but what we are discussing here is something else — a professional observation. I don’t know MJ and likely neither do you, so please don’t send me hate mail or call me a hater. Everybody loves to throw that term around these days — even when they don’t fully understand the subject matter beforehand. It’s mentally lazy. Part of the reasons why you can’t watch NBA right now isn’t because of what I’ve said. It’s because our beloved game is costing too much in too many different areas, for it to be played by people holding it to ransom. Too many people want too much. The game is the earth and the earth is being pillaged with no care for tomorrow.

The third main subject that has left you NBA-less (I’m going to copyright that) is the luxury tax. Sounds luxurious. Do you have visions of which colour your next Bentley will be? A new Dassault Falcon 7X perhaps? Pfft… that’s for plebs. The luxury tax is none of these. Sorry. It was fun for a moment though, hey? It’s when teams go over the cap by a pre-set level in how much they pay their players. The owners, even though some go significantly over the cap and others don’t, were even in agreement amongst themselves that under the new CBA, only those who don’t go over the tax threshold should get money back. ie, if you break the tax threshold, you forfeit your share of tax money. The players disagreed that it would be a good move. <insert awkward moment here>

There are other trivial-in-comparison issues that have collectively resulted in a slightly more boring winter for America, and a slightly more boring summer for us here in Australia, such as the mid-level exception, qualifying offers, escrow, sign-and-trades, trade exceptions, rookie contracts, annual raises and salary cap holds. And let’s not even get into the fact that some NBA coverage would have meant not having to stay up until midnight to watch the Nocturnal Basketball League to get a decent fix, because without League Pass, or NBA Lockout 2K11 not coming to a PlayStation near you, you wouldn’t be getting any game coverage anyway.

So where do things sit now?

That of course, then allows for an antitrust lawsuit against the NBA. Yes, suing them. The hand that feeds them. If that were to happen, and the Courts deem the lockout to be illegal, the players could in theory, be open to collecting billions of dollars and possibly bringing about the death of the NBA. Imagine how many more mansions, bottles of Blue Agave Tequila and Bugatti Veyron Super Sports Versions could be bought with that. How about another diamond encrusted watch? Buy a casino and save yourself the commute? Is Ambani’s Antilla still vacant. Woohoo — party time! Ugh. 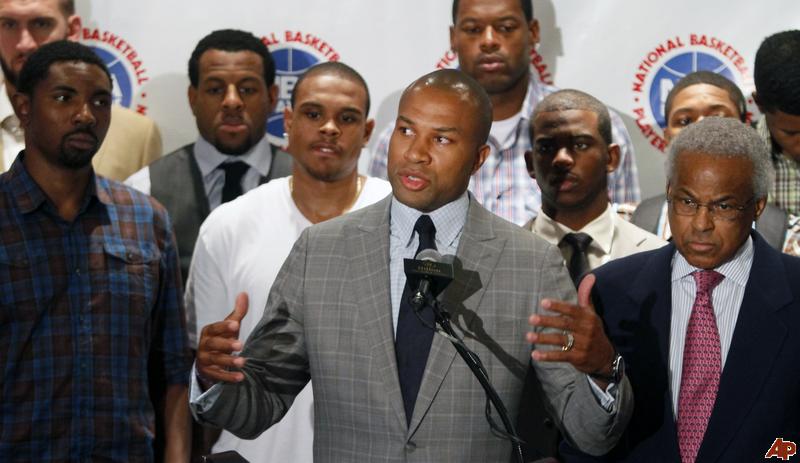 But for now, with the actions taken on Monday, the players are on their own, with the Union having given up their rights to negotiate between the players and owners.

The season isn’t exactly cancelled at this point, but when negotiation shifts to litigation, things take considerable time and expense to unravel.

While discussing these sorts of subjects recently, in varying depths, quite a few things are pretty obvious to me:

“I get the feeling the players ASSUMED everybody would be on their side.
Now that the NBA have been smart about being transparent with their offers which they listed on a publicly available pdf yesterday, once people do their research, they begin to see that the proposals the NBA offered were quite fair.
This has put heat back on the players to justify what it is they think all this is going to achieve.
The one thing I think is unanimous though- the fans are the ones who lose in the end.
They fund the companies that make the owners rich, then they also pay again to put their butts on seats- they pay twice essentially.
But they are not getting games and they have done what was expected of them- gone to as many games as they could financially afford- keeping in mind that for them the game is entertainment, not their livelihoods.
The fans have kept up their end of the bargain.
I am not seeing players playing for the love.
It sucks that the game in Australia — even since reform — is nothing more than a gold painted turd, but to have the NBA going through this is just really bad for the game all-round.”

I also believe that the players are so caught in the moment and adrenalin of what they are doing that they perhaps wrongly believe they will get a resolution as quick as the NFL did last year. This is also a global game — the ramifications for the sport’s reputation and future earning capacity are huge. The NBA as we know is the pinnacle of basketball terrain. It therefore deserves to be treated with care, respect and accountable fore-thought for how the game is perceived — not by the converted, but the outside eye. What’s going on looks really bad. If kids are aspiring to this level of narcissism, greed, short-sightedness and ignorance of others’ legitimate suffering, then we have some major problems.

Fact: $4 billion of guaranteed contracts exist in the NBA.
Fact: Everyday people are living below the poverty line- losing their jobs, homes, sanity etc yet still try to support the massive wealth of athletes, in comparison to their own.
Fact: $8 billion would resolve the world’s hunger and sanitation problems.
Fact: America spends $8 billion on war every month.
Am I missing something here?
I love the game but I don’t love it this much.