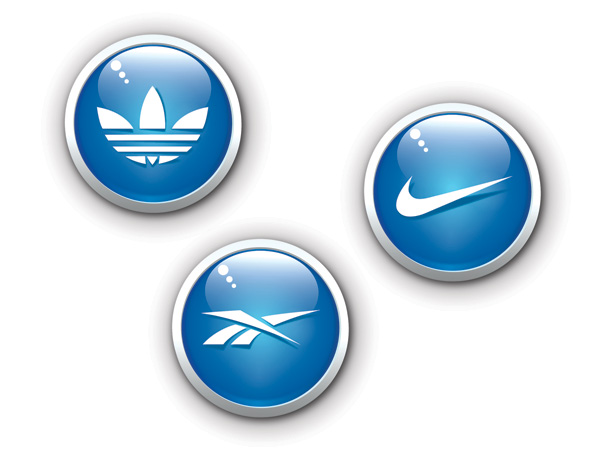 The shoe industry in basketball has become one of the most lucrative apparel industries in all of sport. As a result, companies have been benefitting from this multi-billion dollar industry for years, with Nike and Adidas routinely at the forefront of all discussions.

These companies ability to sign the star players that come into the NBA on a yearly basis is not simply due to their reputation amongst athletes, but due to the work that they do at the grassroots level in an attempt to expose teenage basketball players to their products at a young age. The high school basketball All-Star game circuit is a dizzying mix of shoe companies vying for highly touted recruits’ attention. The thought process is that if a given player commits to playing at a certain company’s event, say the Jordan Classic, then they will be more likely to play for a college team that is endorsed by Nike, Jordan’s parent company.

The filter from high school, to AAU, to All-Star games, to college and right through to the NBA is littered with shoe companies’ influence along the way. While that may sound odd at first, these manufacturers have enormous influence within the industry, as they are the main financiers behind major college programs. As a result, there are few competitors in the shoe business, and those athletes that do decide to go with a smaller company generally do so after spending some time in the Association.

Sonny Vaccaro. While his presence in the game is not nearly what it used to be, he is the man that many attribute the rise of the shoe industry in the game to. At one time, he worked for each of the major shoe companies, Nike, Reebok and Adidas, and he was the man that created and ran the Adidas ABCD camp. While he has been cast as a villain by some, his influence within the sport cannot be downplayed. He now does work primarily as an advisor to high school players who are looking to shed the norm that the system has created.

Ironically, he is a main part of the reason that the system is in the current state that it is, but nevertheless he has worked with both Brandon Jennings and Jeremy Tyler, the most notable players to bypass the college basketball game and instead go overseas to play. Vaccaro even went as far as advising Jennings to sign with fledging apparel manufacturer Under Armor during his time in Europe, and it has turned into a massive success. But what are these high school players to do when they have runners approaching them from countless shoe companies, attempting to garner their interest and ultimately build a relationship that will result in a contract once they turn pro. They wish to gain exposure in an attempt to raise their status within the recruiting world, and the only way to do so is through attending one of these events. With this in mind, the recently created Elite 24 Hoops Classic was created, without major presence of a shoe company, in an effort to give these players a chance to shine outside of the shoe spotlight. However, the twenty four players selected for this event are considered to be amongst the most elite in the high school game, and as a result have already attended their fair share of shoe events in previous years. The Nike Hoop Summit, the Jordan All-American Classic and the now defunct Adidas ABCD Camp have dominated the high school game for years, and the system has been created in such a way that players want to attend these events more so than the companies want the players to be in attendance.

So what does it take for a player to realize that they are simply a pawn in the multi-billion dollar industry that in basketball shoes? From the trends that have been emerging, it seems to take years with one of the major companies before realizing that they are being relegated to the discount pile for a new young stud. In recent years, Kevin Garnett and Luis Scola signed with ANTA, Jason Kidd, Shane Battier and Sasha Vujicic signed with Peak Shoes and Li-Ning signed Jose Calderon, Baron Davis, Damon Jones and Chuck Hayes. What do these three shoe companies have in common? They are all based in China. The country with this highest population in the world has created several powerful shoe companies that are trying to break into the lucrative American market, and they are doing so with relative success.

While it is difficult to imagine and day and age in which these Chinese companies is able to seriously compete with the likes of Nike or Reebok for a portion of the pie, they are slowly developing a clientele base with which they can work off of. In the not so distant future, one of ANTA, Li-Ning or Peak will surely be running a camp for top recruits from across America to attend. The aforementioned Jeremy Tyler, following an unsuccessful stint in the Israeli basketball league, has decided to take his talent to the Far East, where he will be playing for Apache Tokyo of the Japanese league. If he is able to get his game and attitude in shape for the NBA Draft, do not be surprised if he signs with one of the major Asian shoe companies.

It is unlikely that we will see many big name players enter the pro ranks with a small name shoe company. But there is hope that a trailblazer like Brandon Jennings will come along again someday and remind the rest of the league that they need not sign with the major companies, and instead can create a name for themselves with a lesser known brand. Jennings had great success in the NBA in his rookie year, and a result has become the poster boy of the Under Armor basketball division.

At the end of the day, every competing company is fighting an uphill battle which they will never win against Nike and Adidas. The goal however is not necessarily to take over the game that these superpowers have created, but instead to take a bite out of their bottom line. The shoe industry is no longer run by two major companies, as AND1 and Under Armor have created a name for themselves domestically for several years now, and the Asian companies are doing their best to get into the foray as well.