I assume most avid NBA fans are like me — they tune in or head to the arena to see top-quality athletes play the sport we love. I’m fairly certain that most us are not there hoping to catch a glimpse of the latest tousle-haired tween heartthrob akin to, well, a boy band member. While no disrespect intended to NKOTB, Justin Timberlake, the Jonas Brothers or the talented (ahem) gents of 98 Degrees (okay, a little disrespect), they are pretty much the last thing I think of when I think “NBA.” Yet, for some reason, it’s hard to watch an NBA game these days without at least one guy on the court who looks more suited for the strobe lights and sound stage than hoops and hardwood.

Clearly, this is a trend influenced by the influx of Europeans into the NBA, with their trendy hairstyles, cutting-edge fashion, soccer experience and actual good taste, they’re predisposed to looking like they can grab a mic and lip-sync with the best of ‘em. But the Americans are not exempt in any way, shape or form. (Yes, I’m looking at you, Luke Walton.)

We all know that boy bands don’t come together organically in someone’s parents’ garage. Rather, boy bands are created, they’re manufactured. There’s a cast of characters in each one, usually including some combination of the following: The Momma’s Boy, The Bad Boy, The Brothers, The Manager’s Son, The One Who Leaves to Persue a Solo Career and The One with the Lopsided Smile. And, of course, hair and hair product, are both critical. When you think about it like that, the pieces of the NBA’s boy band starts to fall into place, and all the sudden you have the NBA’s (un)official, boy band — Sasha & the Waltons. Funnily enough, one-half of Sasha & the Waltons’ namesake wouldn’t have even been recruited for the ensemble last season. When Sasha Vujacic had the long tresses, he certainly looked ridiculous, but was definitely not boy band material-at best, his career in entertainment at that point would be limited to playing Luis Scola in Yao Ming’s biopic. Sasha cuts the hair, adds some product, and, Voila!, he’s the leader of the boy band, narrowly edging out J.J. Reddick.

I have to admit, I couldn’t tell you a single thing about Sasha Vujacic’s skills on the basketball court-maybe that makes me a bad NBA fan, but until this season, I have spent however long he has been around being completely distracted by the fact that he wore a headband while playing basketball. Now I just contemplate his haircut, and still can’t tell you a thing about how he plays. (Does he even play? This is a partially serious question.) Rodolfo “Rudy” Fernandez fills many roles, including as The One with the Crooked Smile. He also may very well be The Shy One and the One Who is Also a Male Model. Regardless, Rudy melts hearts, and seems to have perfected the art of running his fingers through his hair while perfectly executing a half-grin. It appears that he has a promising career as a solo artist. 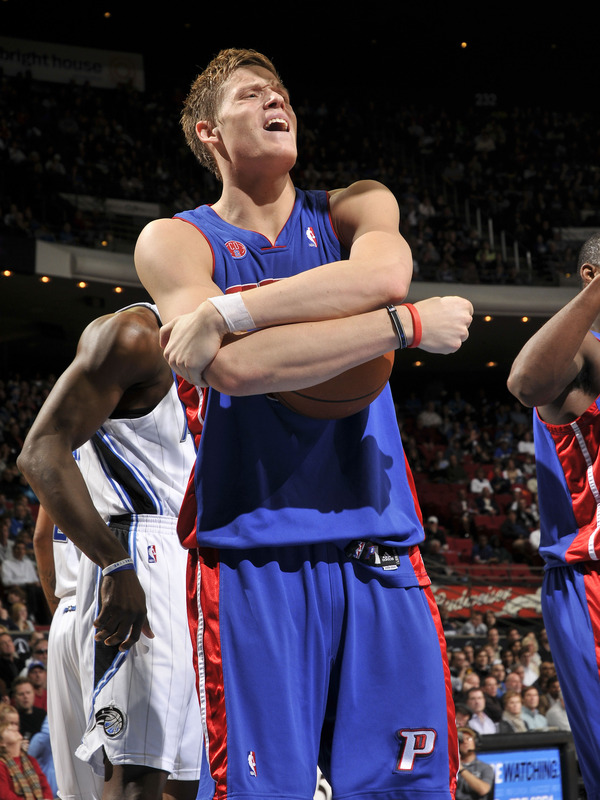 Every boy band needs a bad boy, and while Brook Lopez’ more hirsute twin certainly fits the bill, he’s a little bit too close to the scary end of the spectrum. That leaves us with the lone Swede in the NBA, Detroit’s Jonas Jerebko. Not only does he have the record in a not-really-legendary fight with Jamaal “Big Cat” Magloire, he has hair gel and he’s not afraid to use it.

Bookending Sasha & the Waltons is Luke Walton, who not only lends his name to the NBA’s imaginary boy band, he also serves as manager. Lacking real star appeal on his own, but connected to a couple of powerful brands, Walton is a perfect fit for the role of Band Manager. 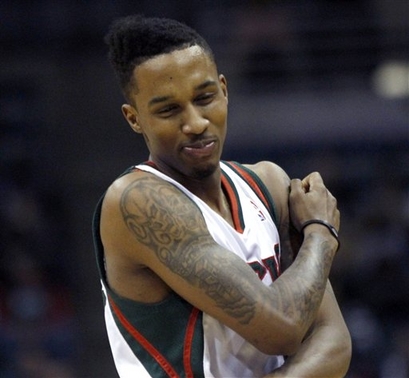 I sure like this kid, but Brandon Jennings does have all the makings of a boy band member-the one who actually winds up leaving the band and having a real career, more Justin Timberlake than Nick Lachey. Or even better, ala Marky Mark Wahlberg. He’s got style, ever-changing hair and the beginnings of what just might be authentic charisma. There’s one in every generation of boy bands.

Sasha & the Waltons: they may not make beautiful music, but what boy band does?

• Initially, I thought that Danilo Gallinari would be a shoe-in for Sasha & the Waltons, however, he did not pass his audition — I just have an odd suspicion that he can’t dance. Prove me wrong, Danilo.

• J.J. Reddick was a leading candidate for membership in the NBA’s boy band, but Sasha Vujacic was a significant upgrade. 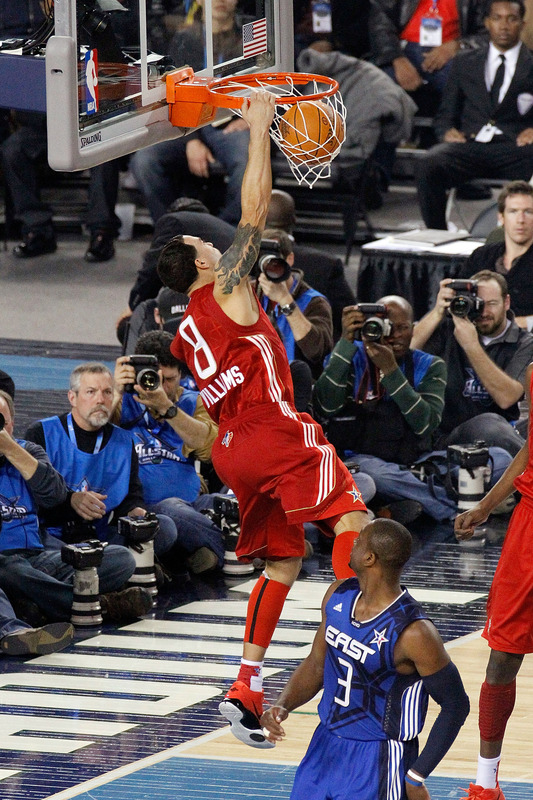 • And, speaking of the All Star Game, can someone explain to me why Kobe Bryant wore an inside-out old man sweater to the game? In contrast with how sharp the other two injured Western Conference guards looked in their tailored suits (both, interestingly, accessorized in shades of purple), Kobe looked like he had no understanding of the occasion. Come on, dude, we all know you’ve been there before — it’s not like the dress code was a surprise. 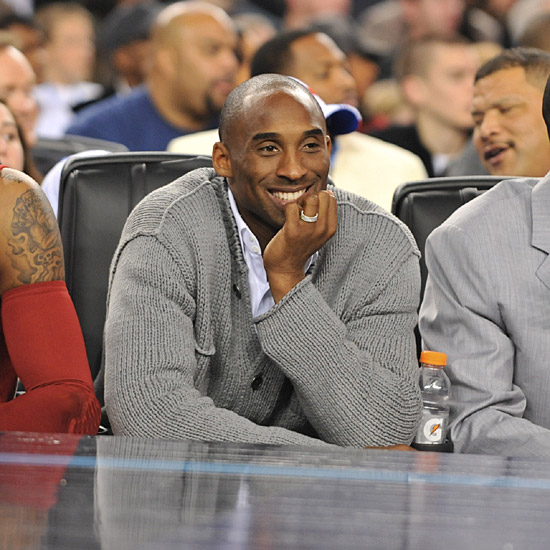 • In the last two weeks, both Josh Smith and Gerald Wallace have been spotted wearing two shooting sleeves. While I’ll give Gerald a pass (I pretty much give him a pass on everything), I still have to ask the question why. Is it a balance thing? Do they get cold? Are they obsessed with symmetry? It’s possibly the most ridiculous thing ever.

• Breaking News: In last night’s game against the Warriors, the Denver Nuggets’ accessories did not coordinate — for what is, I assume, the first time ever. Even more shocking, J.R. “Earl” Smith wore no accessories. A sign of the apocalypse, perhaps? [Editor’s Note: Perhaps they’ve been reading your articles, Sarah!]

Sarah Moon is a Portland-based writer and Trail Blazers fan who spends way too much time contemplating the style hits and misses of NBA players. She also holds out hope that one day Channing Frye will triumphantly return to Portland-and run for Mayor. Follow Sarah’s thoughts on basketball, life in Portland and other random musings and rants on Twitter.

In case you missed it, you can also read Sarah’s first piece: NBA Style Alert: The Over-Accessorizers.