On NBA Players as Idols and the Lockout

Home » On NBA Players as Idols and the Lockout 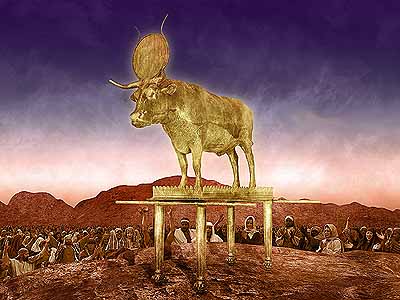 Currently I’m reading the brilliant Jerry West autobiography, West By West, My Charmed Tormented Life. Amongst many illuminating sequences in the book, is this thought from West regarding the treatment of sports stars as idols:

“I have been around sports long enough by now to partly understand why this hero worship exists, why the fans — a whole community, really — need to have something or someone to look up to and be proud of, to live through vicariously and perhaps fill a void they feel in themselves, but I know the negative side of that as well, the side in which the hero turns out ot have clay feet. The whole glorifying of athletes is, in the end, not healthy, not healthy at all, and dangerous, often leading to terrible disillusionment. One minute fans can love and be for you, and be ugly toward you the next.”

He then goes on to cite the Tiger Woods scenario of 2009 as a key example of how fans could turn on a star in disappointment, upon the revelation that the star is not as perfect as they had first imagined — having used their on-field performance as an imagined indicator of their entire life-scape.

I do wonder however, whether he also had a star closer to him in mind, in Kobe Bryant. Having been acquired by the Los Angeles Lakers under West’s watch as General Manager, Bryant was embroiled in a sex scandal involving a hotel employee in Eagle, Colorado. The matter, which was ultimately settled out of court, unavoidably changed the opinions that many of Bryant’s fans had of him as an unshakably perfect character (and solidified the hatred perpetuated by those that saw him as an enemy).

In a perhaps even more pronounced way, the hero worship of thousands, if not millions, of Cleveland Cavaliers fans was shattered and flipped 180 degrees with the departure of LeBron James to South Beach. Having idolised this phenom on the basketball court for years, regarding him as a saviour to the franchise, if not their own lives, suddenly Cavs fans were dealt with the blow that King James did not share the same benevolence for his subjects as he was afforded.

These are but a sprinkling of the numerous situations where sports stars have turned worship into disgust, anger and hatred. They have been met with inate disdain, on the back of other-worldly worship. This in turn begs the question: why do these stars evoke that passion from us in the first place?

Do we take sports worship too far? Is it worrying that the actions of someone we possibly will never meet in our lifetimes can affect our collective psyche so greatly?

Surely the answers to the latter questions are “yes” and “yes”.

The question as to why we are so drawn in by sports stars and sport in general is much more complex. We are impassioned by sports fandom for a great number of reasons, many of them noble. The idolisation of the players in that same sport is something which we should be able to separate and distinguish from the sport itself.

It is easy to forget that sportsmen and sportswomen are indeed people. They have real world personalities, problems and idiosyncrasies off the court (and sometimes on it). Of course, ultimately we already know this, but choose to ignore it, elevating some sports stars to demi-god status — capable of eluding the same problems that trouble us mere mortals.

And then we arrive at the NBA Lockout.

Suddenly the ‘Average Joe’ is analysing a labour dispute which does not affect him economically with the fervour which should be reserved for greater world issues.  People are proclaiming on a daily basis how their lives feel empty without the NBA season, which normally would be in ful swing by now.

As basketball fans, we’ve all done it.

However, I would implore you to step back for a second. Perhaps it is time to seize this opportunity to enrich your life with new interests, or allow more time for the ones you already have.

We are all greater than one single definition. Many of us like to define ourselves as “ballers” or “rock chicks” or “artists”, but in reality we are much deeper people than any 140 character profile can describe.

With the lack of NBA basketball of late, I have used the opportunity (no, not challenge, but opportunity) to endulge in my other passions — the things that I had neglected. Those passions may be people close to us, they may be other sports, they may be politics, music, the arts or even our careers and education.

The reality is, West’s words carry a lot of truth. We can assign too much weight to the actions of 400-odd athletic men on a 94 x 50 foot court. And who better to question the rationale of NBA-worship than the man whose very image is imortalised on the NBA logo?

As Charles Barkley has been quoted as saying, “I’m not a role model… Just because I dunk a basketball doesn’t mean I should raise your kids.”

No doubt the economic realities for the two key parties involved (the owners and the players) mean that the lockout will not endure for too much longer. However, for the remaining duration, try (as I will) to enjoy the other aspects of life.