Yes, you read that headline correctly. After years of waiting, you can actually source your Australian Boomers and Opals replica gear and merchandise online now.

As an Australian basketball fan, this is a long-awaited day.

For many years Aussie basketball supporters have talked about how difficult it is for them to get their hands on jerseys and the like to support their team. Meanwhile, rugby fans proudly have displayed their Wallabies gear anywhere that patriotism was called for. As have Aussie cricket fans.

The benefits of wearing the green and gold as a fan are numerous. It allows you to provide an extra boost to the on-court team. You can form a greater bond with your fellow fans — and very importantly, visibility of the BA brand allows the sport to grow in the minds of casual fans and non-fans alike. 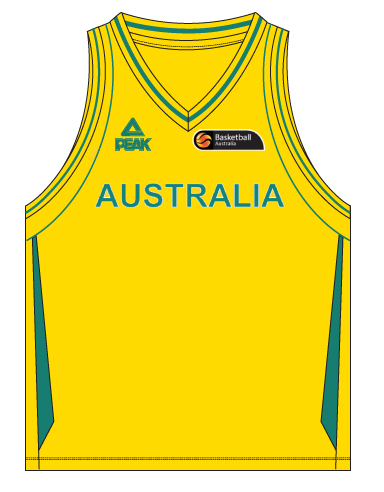 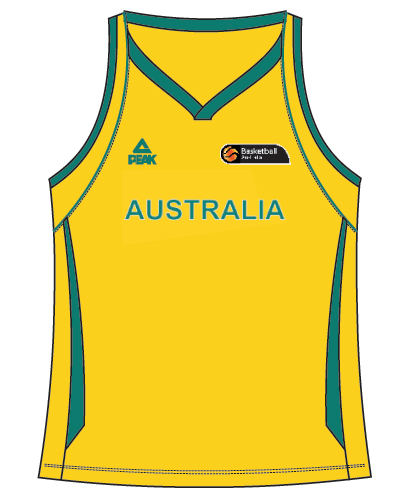 Recently I went to more than reasonable lengths to source a Boomers singlet through Basketball Australia. I know I’m not the first to do this, based on anecdotal evidence from numerous other basketball fans. Long story short, I wasn’t able to get my hands on that singlet after many months of waiting (and phone calls and emails). Is it me, or have BA been missing out on a major marketing opportunity for a long time now?

How many Boomers and Opals singlets do you see out there in the wild? “Not enough” is the simple answer.

Hopefully that is about to change. I’m thrilled to say that PEAK SPORTS, a rising name in international sports apparel and the official apparel provider for Basketball Australia, now sells BA gear via their website.

PEAK sells Boomers and Opals singlets (both the regular BA and FIBA versions), as well as supporter t-shirts for both the guys and girls and now hoodies. And now is the time to get stocked up on your gear, as Lauren Jackson has committed to the Opals program at the partial expense of her WNBA career and the Boomers have a series against China starting in June, as both teams prepare for the 2012 London Olympics.

It’s time to finally get the Aussie basketball flag flying, as we’ve spent far too long in the shadow of other Australian sports.