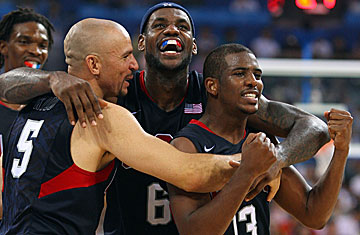 Further to yesterday’s news about the forthcoming NBA World All-Star Classic tour, coming to Australia, Macau, the United Kingdom and Puerto Rico, comes news that LeBron James, Chris Paul and Carmelo Anthony will not take part in the games. The trio have pulled out of the tour, citing the hectic travel schedule and a desire to spend time with their families (understandably) as the NBA lockout wears on.

The news follows the revelation that Derrick Rose and Russell Westbrook would not take part, for similar reasons.

According to ESPN, Kevin Durant is also unsure as to whether he will take part in the tour. Meanwhile, Kobe Bryant, Amar’e Stoudemire and Dwyane Wade are amongst a group that is committed to the tour that takes in Melbourne, London, San Juan and Macau.

Other possible participants being floated are:

Whilst many Australian fans have questioned why the tour will not come through Sydney, the current schedule has two games planned for Rod Laver Arena, Melbourne.

More details here as they emerge…