LeBron blocks Splitter: what do you think? (And other NBA Finals stuff)

Home » LeBron blocks Splitter: what do you think? (And other NBA Finals stuff) 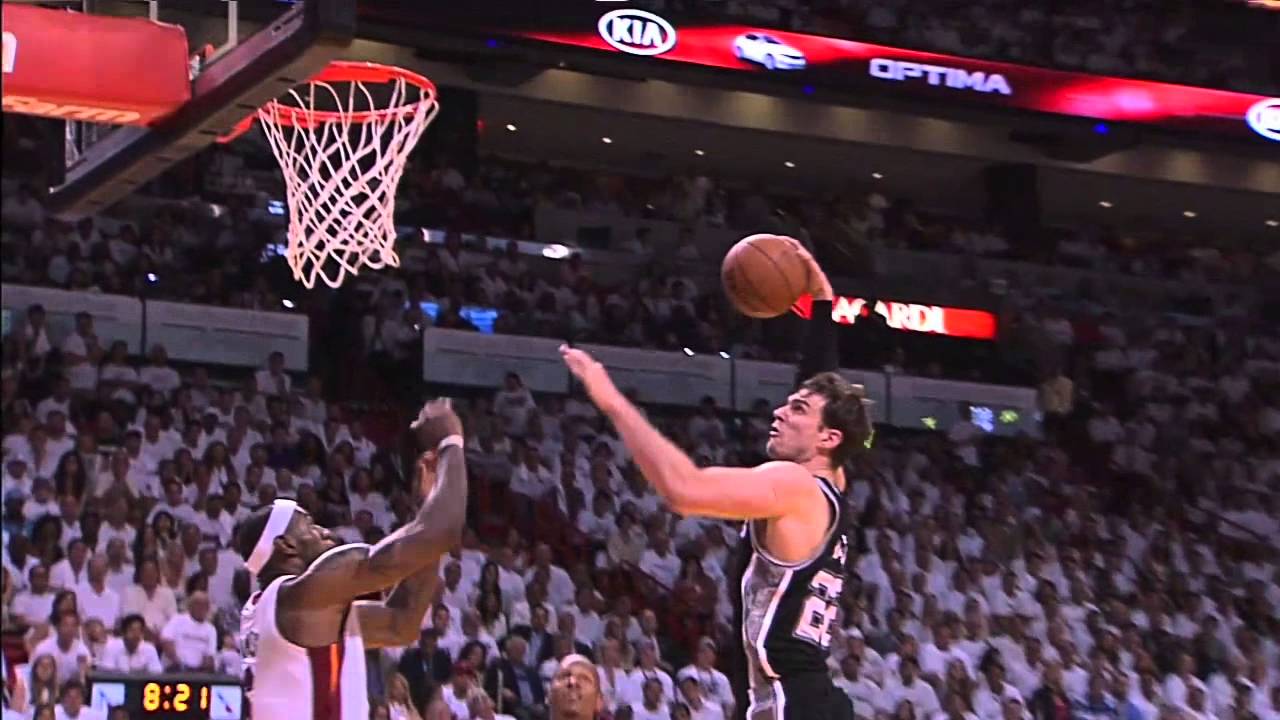 What is your immediate reaction to this?

Sure, it's a solid and physically strong block by LeBron James. However, let's be serious here — Tiago Splitter is not known as a big-time dunker in anyone's universe. Nor was this a game-changing play… it was already all but decided.

For these reasons, I don't particularly appreciate LeBron taking time to turn away from the play and facing the crowd in an arrogant stance.

What do you think? Was this play significant enough for the attention it's getting from fans and the likes of ESPN?

Speaking of ESPN, here's something for the Patty Mills fans amongst us. The always-awesome Henry Abbott at Truehoop conducted a pop quiz on a few Spurs players. Patty Cakes didn't particularly prove himself as a history buff in this piece — but he continues to grow a legion of fans for just being an all-round cool guy.

The NBA is launching a Teammate of the Year Award. This looks like something that has Mills' name all over it. Anyone who has watched a Spurs game this season has seen Mills wildly flailing his towel around in support of his teammates, patting them on the back and escorting them into the locker room. He's just the type of guy that every team needs.

One last NBA Finals-related thing. I posted this animated GIF on Facebook, but for those that missed it, this is a cool comparison between the youthful Gregg Popovich, Tony Parker, Tim Duncan and Manu Ginobili and their current "aged" selves.