Indonesian basketball gets an NBL

Home » Indonesian basketball gets an NBL 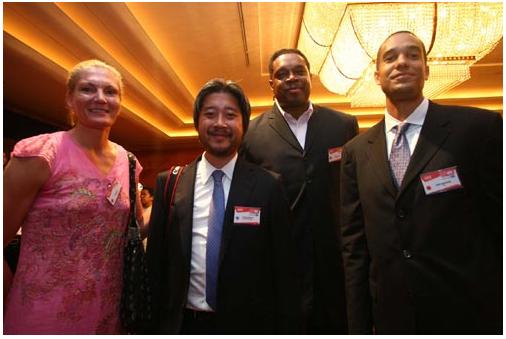 Last night was the big event to ring in the changes and on hand to lend support for the launch were former NBA big man Sam Perkins, former WNBA player Sue Wicks, as well as Basketball Australia/NBL representative, Andrew Vlahov (formerly of the Perth Wildcats and Australian Boomers). The theme of the re-launch was “New Season, New Hope for Indonesia.”

The change is not one in name only, with a number of other changes taking place in order to bring more excitement to Indonesian basketball. According to the Jakarta Globe, “The league is reborn with a spirit to regain the golden era of Indonesian basketball. With a new name, we can have a fresh start,” DBL director Azrul Ananda said on Tuesday.

Doesn’t that sound remarkably similar to the sentiment expressed by many in the re-launch of Basketball Australia?

The ten teams of the IBL have signed on to play in the new NBL, with an NCAA-style elimination tournament slated for the top eight teams who make the playoffs. In another change, the number of games in the regular season has been increased to see each team play each other three times, up from twice per season.

Talks to allow clubs to sign import players, a discussion that has been underway for a year now, are being halted to allow the re-launch to take foot.

The official release on the NBL site also highlights the fact that a Developmental League is in place to feed the NBL, featuring teams across 21 Indonesian cities.