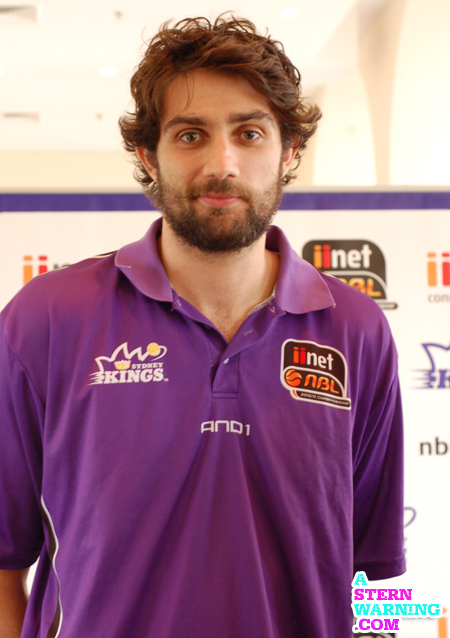 NBL MVP candidate Julian Khazzouh was good enough to provide us with an interview, to discuss his NBA and Australian Boomers aspirations, as well as his thoughts on the Sydney Kings in 2011/12.

I hear there is a D-League gig lined up for you?

No, not D-League. No I’m just going over there — my agent has some things lined up with a couple of (NBA) teams over there. Just going to go and work out, see what it’s like. I’ve never been over there before, so I don’t know. If I go there and work out, other teams can come and watch me. It’s just an eye-opening experience to go over there.

Is that just something that your agent hooked up for you?

Yeah, it’s just something that he hooked up. I’ve never spoken about that much, I’ve never really had that many goals to go to America. I never really thought before this season that it was plausible. After having a good year, obviously teams are looking at you, so it’s good.

Do you see yourself as a Nathan Hindmarsh of the Kings down the track — a long-term cornerstone of the franchise? [Khazzouh is a long-time fan of the Parramatta Eels rugby league team and wanted to play in the NRL when he was a youngster — Hindmarsh has played his entire career since 1998 with the club]

I’d love to be. I’d love to be a King forever. I think we’ve got the best market in Australia by far. Other teams are jealous of the publicity we’re getting. We’re on the TV all the time. I know at the start of the season all of the guys would go out and shave and get haircuts before the game, but because we’re on TV so much now, guys are getting used to it and I think it’s a lot of fun playing in Sydney. People get to know us.

What do you think about the calls for you to be MVP, particularly with relation to you playing for a losing team?

I don’t really think about the MVP stuff too much until other people bring it up to tell you the truth. It wasn’t a goal of mine at the start of the season — it didn’t even seem plausible for me at the start of the season. I just went into the season wanting to average double-digit rebounds and be a decent shot-blocker. I never thought that I’d be in that calibre of players. It wasn’t until I started stringing a few good games together and people started talking would I be able to keep it up and I think the most important thing for me is to be as consistent as possible and I’ve been able to do that.

What was it you found in Europe that were the big things that you learnt?

I think, just being a little bit quicker, just the way I can shoot the ball around the rim without getting blocked. Especially getting double-teamed — I mean, I got double-teamed quite a bit. Coming over here and having to deal with the double teams. And just dealing with that responsibility.

The way you get position right down low…

Exactly, and it has to be nice and quick and you can’t have people pushing, you have to hold your line. And if they are putting two hands in your back then you have to sell it to the refs and get the foul and flip it up and in.

During that whole losing streak did you get really down in the dumps phsychologically or did you just think that there was always light at the end of the tunnel?

Did you see anything in particular that turned it around? Was there any key moment?

There was no key moment, I think it was just… we didn’t know what to do, we didn’t know what to do… and then of course Moose got that call from (rugby league legendary coach) Wayne Bennett and he came in one day with a fresh face and we turned that corner. I think that might’ve been the week that we turned things around, or maybe a couple of weeks after. But we came in with a new lease on things that we were doing in practice, all of sudden it was like we came from down in the dumps to up-beat again and things haven’t changed since.

Do you have a best mate on the Kings?

No, I’m good mates with everyone I think. I spend a little bit more time with Ben Madgen because our girlfriends get along pretty well, so we’re hanging out a fair bit, but Graeme Dann whom I’ve played with before, I’m good mates with him. That’s the funny thing though, usually on teams I’ve played on there’re little cliques within in the team, where you wouldn’t do things with the whole team but would go and hang out with your mates. But here we do things as a team, we hang out together as a team, 12-deep even with the development players which is great.

Do you room with anyone in particular on the road?

Who is the biggest clown on the Kings?

(Mark) Dickel by far. [laughs] Him, closely followed by Graeme (Dann). Those two just talk so much crap sometimes it’s not funny. Sometimes you just have to put headphones on and listen to music or it gets too much.

Yeah, I have. Obviously it’s all about time commitments now and how long I’m in America. I might only be in America for a month and then I come back and do the Boomers stuff, but foremost I just have to concentrate on going over to America for a month, working out over there with all of the different teams there. And like I said, it’s going to be a great experience learning from there. And there are things that I can bring back to the NBL.

I know it’s hard to visualise, but do you see yourself fitting into the Boomers as a key component?

I think that there’s obviously a backlog of bigs in that position there, so if I’m able to go there and just have a run with them… I don’t know, it’s just all about learning. I’m still young, still got plenty of time to go there and do all of that stuff. But you never know what’s going to happen.

Do you see any key things in 2011/12 that the Kings really need to change on the court?

No, I think just keep the core group together. As long as players know what other players are going to do, you’ll be successful. I think that’s what Wollongong did in the first half of the season and they’re starting to find some form now. It’s because they’ve got that core group of players together and they know where they’re going to be. It makes it a lot easier when you know your teammates.

What is the type of big man that you like alongside you? Is it a banger to help you get rebounds and block shots, or is it a jump shooter to clear out and give you space to operate?

Who has been your toughest opponent this year as an individual player?

[Thinks…] That’s pretty tough. As a team, Perth. Because every time I touch the ball I have three guys on me before I could even think. Melbourne with their three bigs are pretty tough. And then Townsville with (Luke) Schenscher, he’s pretty good — he doesn’t get as much credit as he deserves but he’s a big body and good shot-blocker.

Many thanks to Julian Khazzouh for sharing his thoughts. The Kings play league-leaders the New Zealand Breakers on Thursday night at the North Shore Events Centre in Auckland, however Khazzouh will not take part after straining his groin in the recent clash with the Adelaide 36ers in Sydney. He joins Graeme Dann in street clothes, after he injured his knee against the Melbourne Tigers the previous week. Both are expected to return to action for the Kings’ final two games against the Wollongong Hawks (away) and against the Gold Coast Blaze (home).