With the news that NBA Development League power forward Darnell Lazare has signed with the Sydney Kings, we go to one of the most prolific observers of the D-League for a scouting report on the 6’8″ post player. Scott Schroeder is the founder of Ridiculous Upside, the go-to source for news about the D-League and guys trying to make it into the NBA. In short, he is an oracle of information regarding guys who are just short of making the NBA — right around the skill range that NBL clubs are trying to secure as imports every season.

Here is a series of scouting notes that Scott has collected on Lazare (and was kind enough to share with me), the great hope for the Kings at the four spot: 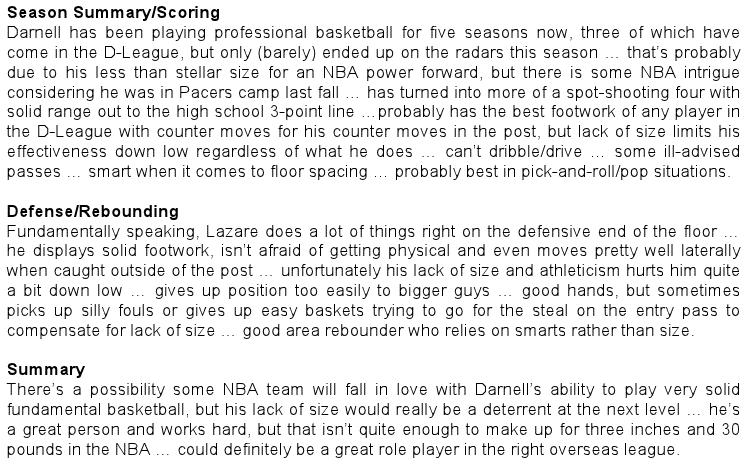 With the new import on board, the Kings roster looks something like this (depth chart / starters yet to be arrived at):

You can find more mentions of Lazare at Ridiculous Upside, by clicking here.