Before Linsanity there was Wat

Home » Before Linsanity there was Wat 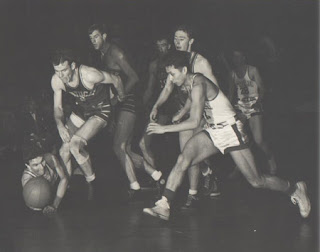 Amongst all of the Linsanity of the rise and rise of Jeremy Lin, let’s have a little education lesson.

Many will not know that the first Asian-American to play professional basketball in the United States of America was a 5’7″ Japanese-American by the name of Wataru “Wat” Misaka. More than this, Wat was the first non-white professional baller in the States, after being drafted by the New York Knicks in 1947.

He may have only scored seven points in three games — much different to the records being recorded by Lin — but Misaka was a pioneer all the same.

Back in September 2008, I wrote about Misaka, at the old version of A Stern Warning — take a read here.

In further reading, the always informative Hardwood Paroxysm today has a piece on Misaka and race.