It has been less than a year since the United States men’s national basketball team was adorned with gold medals for their victory against Spain in the 2012 London Olympics finals.  In what should have been a quiet summer for Team USA, they have been making headlines for LeBron James seemingly ending his career with […]

There seems to be a little bit of a trend lately. Inspiring videos are popping up on youtube and in news bulletins, showing high school teams giving opportunities to disadvantaged team mates and team managers. Often they are someone who has loyally served the team and shown support, and the team decides to reward that […] Australian Rules Football club, the North Melbourne Kangaroos, has signed Eric Wallace, an American College basketball player, to a two year contract after he impressed in a 10 day trial and the AFL Draft Combine in October. Wallace is described as a 196cm (6'5"), 102kg (224lb) big man in this article, however his profile at […] Jack Taylor, a 5'10" sophomore, has scored a ridiculous 138 points for Grinnell College in their Division III NCAA game against Faith Baptist Bible College. The points total is an NCAA record at all division levels and shattered the previous NCAA record, set at 113 points by Clarence "Bevo" Francis of Rio Grande in 1954. […] 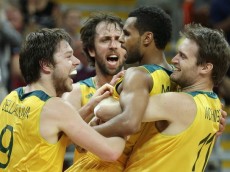 Patty Mills has certainly turned on the inspired play for the Australian Boomers at an optimal time of the Olympic Basketball tournament. After pouring in 39 points against host nation Great Britain, Mills hit a buzzer-beating three point shot to give Australia a two point victory over previously undefeated Russia. After two losses to Spain […]

Liz Cambage of the Australian Opals today threw down what is believed to be the first dunk in Women’s Olympics Basketball history against Russia. Watch it from about seven different camera angles below, as she carves up the matador-esque defence. ASDASD by dm_5016b225ee5bc 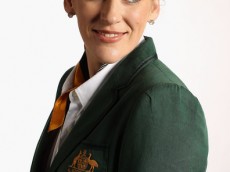 Australian womens basketball superstar Lauren Jackson has been rightly accorded the honour of being flag bearer for Australia at the 2012 London Olympic Games. The announcement was made earlier this morning (Australian EST) by Chef de Mission of the Australian Olympic Team, Nick Green. Jackson has helped the Australian Opals to three straight silver medals […] The Olympic Village is traditionally a place where world class athletes come together and share a common admiration for each other and their exploits. As athletes arrived in the United Kingdom for the fast-approaching start to the 2012 Games, it turns out that both the Australian swimming team and the Team USA basketball squad are […] News broke yesterday by Fairfax newspapers indicated that there was a discrepancy between the London Olympic travel arrangements of Australian male and female athletes, including basketball representatives the Boomers and Opals. According to Samantha Lane of The Age: Australia’s women basketballers have confirmed they also had different travel arrangements to the men’s squad for the […]

Ben Coupet (Simeon) is a 6’7″ eighth grader from Chicago. Check out this dunk he throws down during the 2012 Fab Frosh Camp in Atlanta. Just remember, this kid doesn’t graduate from high school until 2016. We’re currently in the early stages of the 2012 NBA Playoffs but for many domestic leagues around the world where the season is over, the focus right now has shifted to the 2012 Olympic Games in London. With that in mind, let’s take a brief overview of what is to come in the mens tournament. […] The Australian Boomers had the news confirmed yesterday that they dreaded was coming: star centre Andrew Bogut will undergo surgery and be unavailable for the 2012 London Olympics. The big man’s ankle, which has been recovering from an injury sustained during the NBA season, whilst he was with the Milwaukee Bucks (he has since been […] The 2012 London Olympic Games are mere months away. Once again, the Australian Boomers have a talented squad of internationally experienced stars that will be put together to form a squad that will challenge on the fringes of a medal.  Head coach Brett Brown, currently serving as Assistant Coach with the San Antonio Spurs in […] 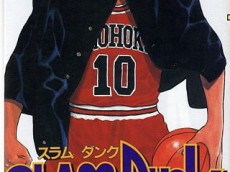 If you know Japanese manga or anime, you’ve heard of SLAM DUNK. The manga (comics) were serialised in Japan from 1990 to 1996 and focus on the story of the high school basketball team in Shohoku. The series, which was also adapted into an anime (animated) series, has been immensely popular, both in Japan and […]